Why it’s fun to fly fish and float 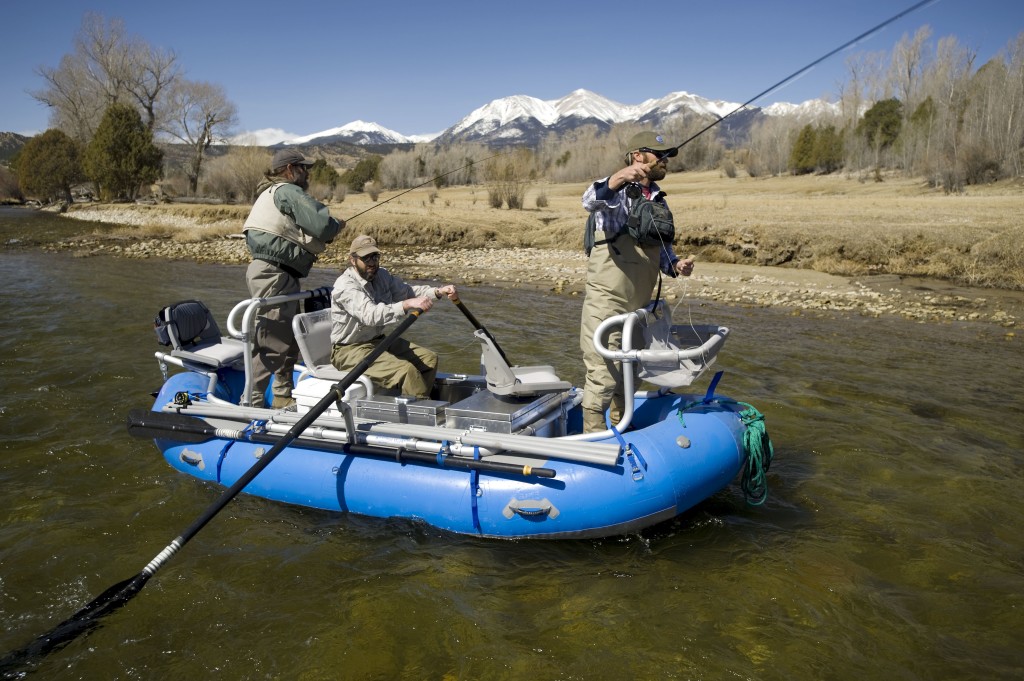 Who says you need waders, one stretch of river and no one else around to fly fish? Fishing and floating not only go together, but it’s an effective combination – not to mention, for some people, it’s more fun.

Along with lower water, fishing boaters hope for clouds and drizzle. In fact, low water and inclement weather bring out the fish that feast on flies. “It’s bad weather fishing, but it’s the best,” says Ron Ferris, owner of RAFTING FRAMES and a fly fisherman himself.

“This is going to be a super year for float fishing,” he adds.

Longtime fly fisherman Ed Schuck says that although a good day of fly fishing always hinges on water levels, weather contributes to a stellar day as well since it affects the all-important fly hatches. “There’s more bug activity when it’s overcast,” he says. “The fly hatches are more successful when there’s a lack of sunlight,” Schuck adds. “It’s not a beautiful sunny day that you’re waiting for with fly fishing.” 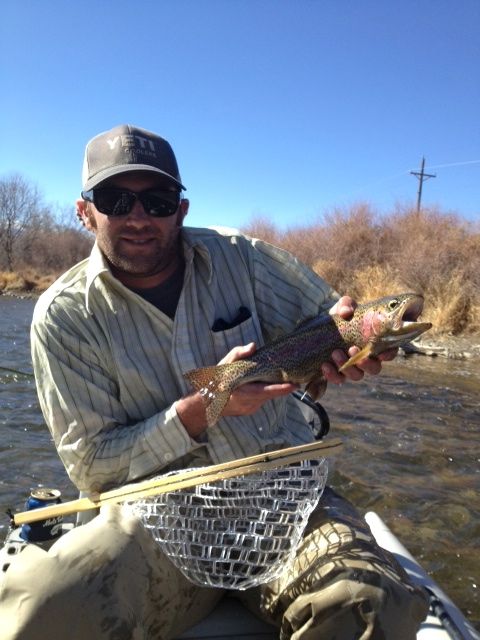 Regarding water level, in April, the Arkansas River averaged at about 240 cubic feet per second (CFS), and while bigger boats struggle with this level, smaller boats are still quite maneuverable. Boats between 10.5 feet to 12 feet float fine in 250 CFS whereas, bigger boats 14ft and above require at least 350 CFS.

“We all prefer the little boats for the Arkansas,” Ferris adds.

Just as important as lower water levels and the prospect of bad weather, the fly hatches have begun.

Next, of course, the annual caddis hatch always marks the month of May. “The caddis hatch is legendary in Colorado,” says Schuck.

Since, float fishing is the bright side of a low river season, spring 2013 may be time to give the sport a go. While many fly fishing enthusiasts enjoy wading and the peaceful nature of it, float fishing definitely has fans, too. Float fishing offers the advantage of efficiency.

“Fly fisherman stand in one place; they love fly fishing,” maintains Ferris. “But once you start float fishing you’re going to cover more miles and you’ll get to multiple holes. You have more chances to get fish in the boat.”

According to Schuck, who appreciates both methods of fly fishing, a boat allows you to go at the same speed as the river, so flies appear more realistic in the water. “Your fly is presented very nicely to the trout.”

Additionally, it’s an easier way to fish some stretches of water for which wading accessibility is difficult. “It’s a safe way of fishing for someone who has a hard time wading on boulders. It’s safe; it’s productive; it’s very enjoyable,” maintains Schuck.

Boater and raft frame builder Gabe Barnard, who is a big fan of float fishing, agrees that you have more chances to catch fish in a raft. “It’s a different style of fishing,” he says. “I think it’s a step up [from wading].” The two main reasons Barnard prefers float fishing are: “The amount of water you cover and social aspect.”

Actually, the social part of float fishing draws many converts. Even if a few people venture out together for wading fishing, typically it’s a solitary activity since fishing enthusiasts don’t want to crowd their friends. On the other hand, with float fishing, according to Ferris, “You’re having a party: drinking beers, telling stories. We get to play and be with our buds all day.” 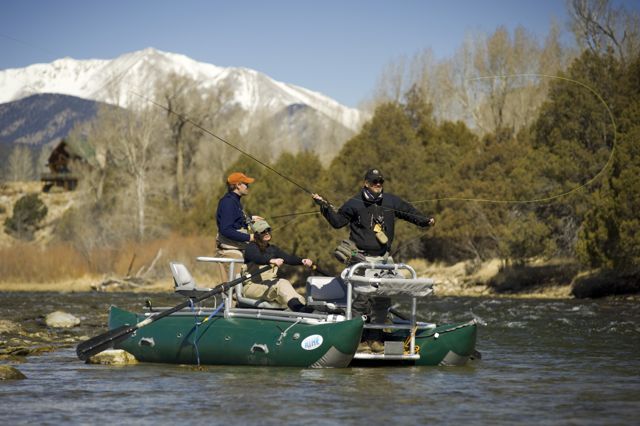 If You’re New to Boating…

While float fishing may be a party, it’s important to know what you are doing on the river or to be with someone who does. For beginners, Ferris recommends getting a lesson or hiring a guide. “Save yourself the time and equipment,” he adds.

Fortunately, for residents of Central Colorado or visitors to the area, “The Arkansas River is a great place to float fish,” says Ferris. Overall, the river stretches 100 miles and has 60 miles of class II rapids.

You’ve got the area for float fishing; the next step is having the proper equipment.

Clearly, in order to fish from a raft, a boat is necessary. Options include renting a boat, hiring a guide or purchasing a custom made boat.

“Come in and design your own boat,” says Ferris who, along with his frame builders Barnard and Kurt Glaser will work with you to get the boat you want. “The first fishing season is here plan ahead,” Ferris adds. 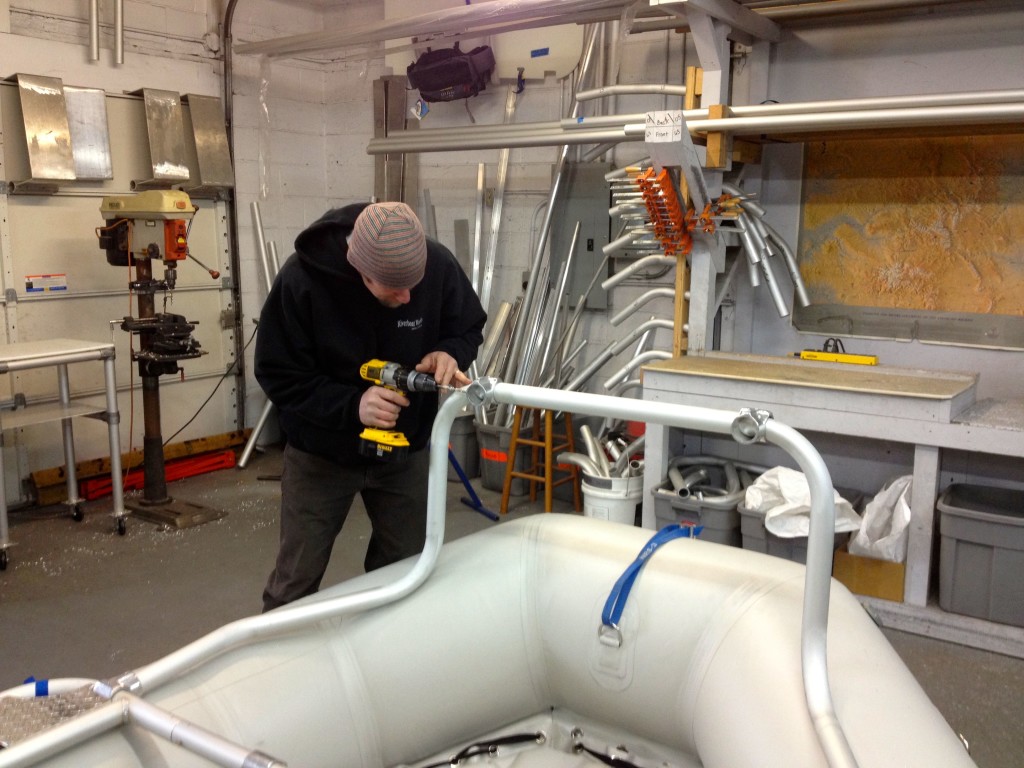 Other items that you’ll probably want to have, according to Barnard, are rod holders, a front thigh brace and a stripping basket. Barnard also recommends a casting deck. “You have a solid platform to stand on, so you’re not wobbling around.”

Ferris says boaters should also be aware that a casting deck will add a bit of bulk. However, “weight is not an issue once the boat is on water.

Schuck says the adage “less is more” is true with float fishing and fly fishing in general. However, adhering to that principle isn’t always easy. “Fly fishermen are susceptible to gadgets, we like vests and things to hang off the vests.”

According to Schuck, who has dropped a camera in the river more than once, a dry box is a must for anything you don’t want to get soaked. Additionally, he adds, “You can never have too many flies.

Essentially for float fishing, the right conditions, the drive and the proper equipment almost always deliver a rewarding time. According to Ferris, essentially: “Even a bad day of fishing is a good day of floating down the river.” 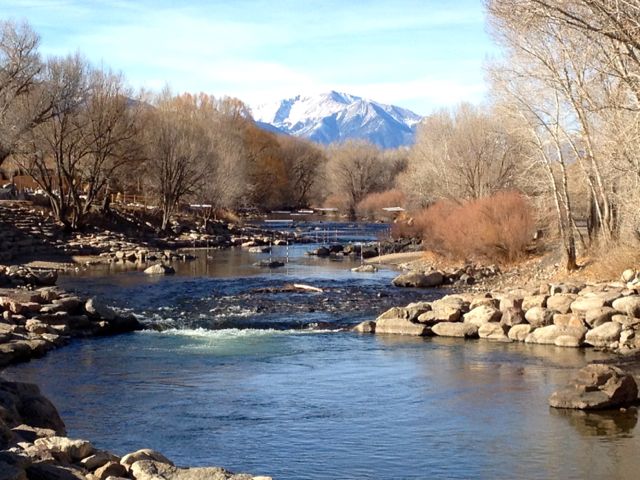 Make your point of view from the water.